As a community, we strive to make positive steps towards a greener, environmentally aware Island. Big festivals create a lot of waste and The Chamber of Commerce is committed to making Strawberry Festival, as well as other Island Events. greener. At Festival we’ve gone from no recycling, specially designed kiosks, passive recycling bins to multiple recycling bins. It seemed that no matter what we tried, the recycling bins became contaminated and turned into waste. This is common with large crowds, an individual person may be good at sorting waste properly at home or a small event, people in a crowd and at a big event do not do such a good job. We needed a better way. Enter Diane Emmerson.

Diane worked with us to create an active recycling stations for  festival goers to drop off all their trash and recycling materials so that staff could clean and sort it properly. 2019 was the first year we attempted this form of recycling. Below is Diane's report on how it went.

Diane Emerson and a team of 14 paid staff people and 6 volunteers set up 2 recycling stations to receive all recycling, compostables, trash, and food waste from Festival visitors. The stations also collected the metal utensils that were offered at food vendor locations.

Financial sponsors donated $4100 towards the recycling effort. Material costs were lower than expected because most materials were donated by Granny’s Attic and 2 canopies and 2 large folding tables were borrowed from VIGA.

The two recycling stations were open from 9-6 on Saturday, and 9-5 on Sunday. Few people visited the stations, so the team members walked the midway and retrieved recycling, compostables, and food waste from the trash bins along the Festival route.

During the Festival the team filled 9 large (90 gallon) wheeled recycling bins with thousands of pieces of clean correct recycling, topped off with dry paper and cardboard, so these materials stayed dry.

They  also collected 20 gallons of used cooking oil, which was taken by General Biodiesel.

So, all told, approximately 938 gallons of materials of one sort or another were kept out of the landfill, and the recycling will be high quality and more profitable to sell on to customers.

Over all Strawberry Festival were able to keep all waste confined to one large semi truck trailer. When festival did not do any recycling a whole trailer and a half were filled.

This effort was roundly applauded by the community during and after the Festival. Fully 370 people gave the summary of results a thumbs up, love or Wow on Vashonites Facebook page, and many of those people took the time to write their appreciation.

The equipment and information assembled for this type of event recycling are available for any other Island event to use. Contact the Chamber of Commerce to borrow the equipment. 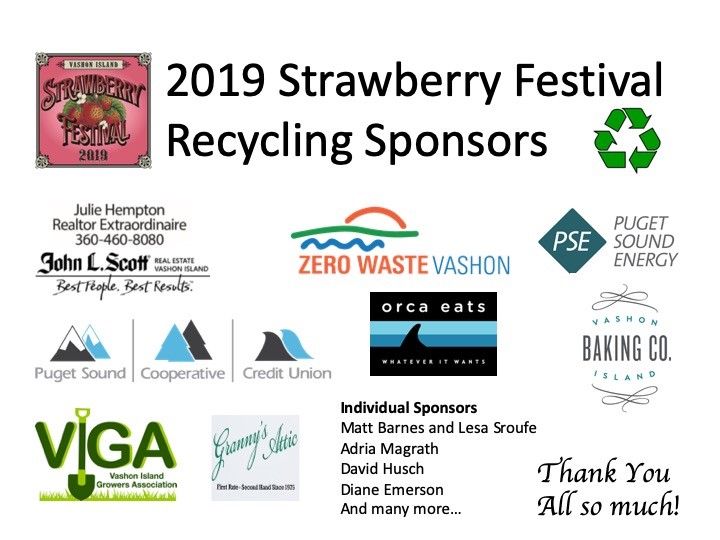 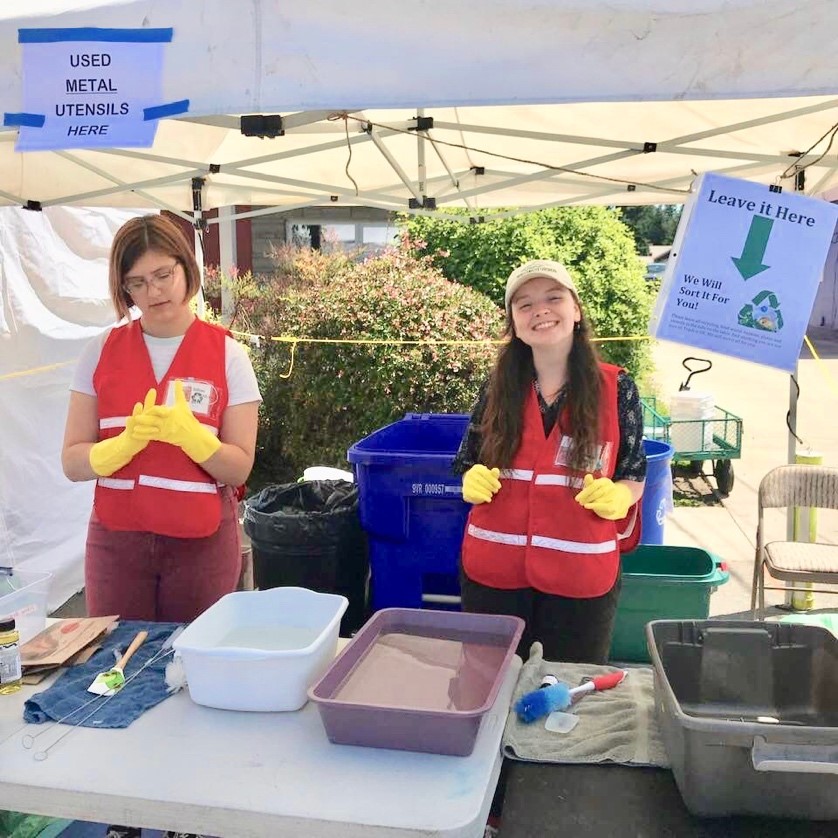 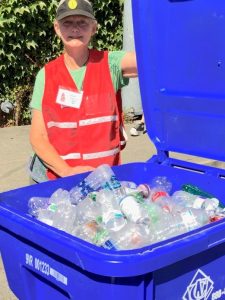 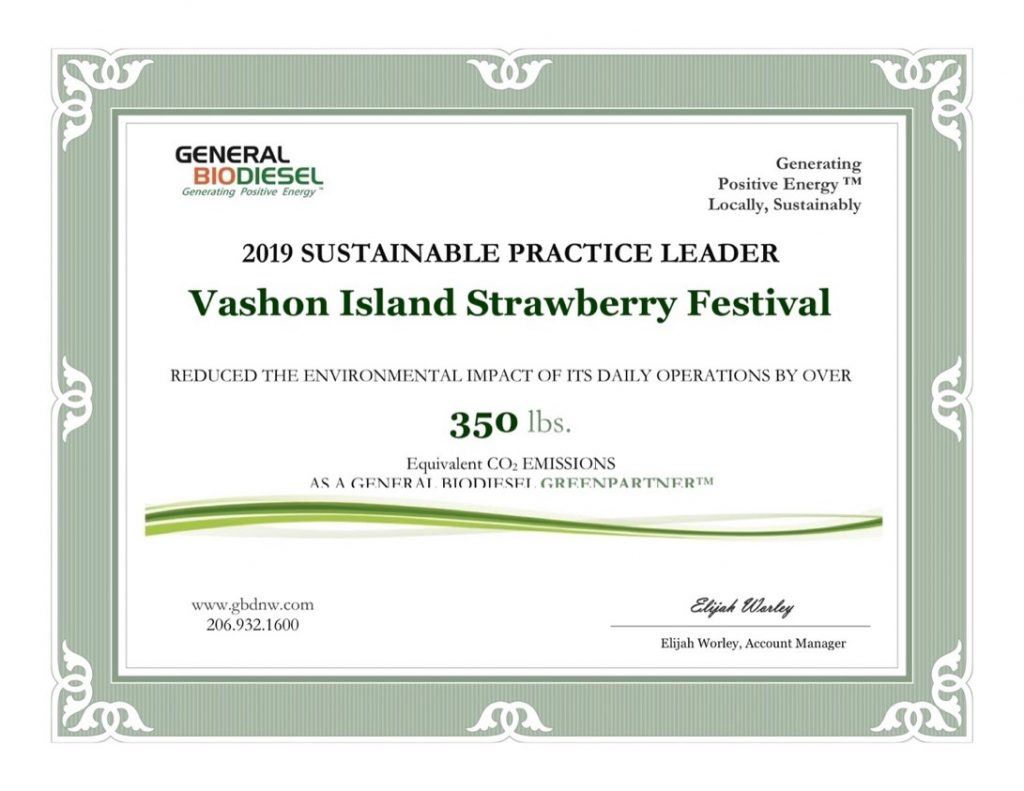